RIP Amanda Todd: Bullying is Not a Game 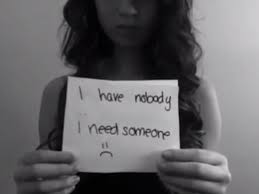 I was dismayed to hear of Amanda Todd’s death this week, particularly after watching for myself her desperate cry for help in her YouTube video. This poor girl was victimized by an Internet predator who then ensured he would get the most mileage out of his victimization of Amanda Todd by launching the cyberbullying process. It is a shame that people (if you can call them that) like this unknown, faceless predator exist and are allowed to operate freely and with anonymity on the Internet, but it is more a shame that others did not rise and come to this girl’s defense. Instead, some decided it would be more entertaining if they just continued to victimize her over and over again. The victimization went far beyond “having a little fun at someone’s expense” when faceless cowards who hide behind the veil of anonymity provided by social media encouraged her – incited her to commit acts of self harm and ultimately drove her to suicide.

The Internet is a great thing. It can be and has been used to do a lot of good in the world. But like anything, the Internet has a dark side, and sadly Amanda Todd knew this all too well. Young people today do not realize the power that the Internet has to harm their reputations not just for a short time, but for life. Digital dirt is real – more real in some cases than actual dirt. Actual dirt can wash off, but like Amanda said, “I can never get that picture back”.

Parents – this is why you must be active and participating in your kids’ lives in a practical and supportive way. I do not encourage “helicopter parenting”; however, I do believe that when your children are tweens or young teens, it is best to have some controls in place as they spread their cyber wings. In order to keep my children safe from Internet predators and cyberbullying, it was mandatory for them to add us as “Friends” when they opened a Facebook account. We also installed tracking software on our computer to monitor where our young kids were travelling on the net and to be able to ensure that they were safe while online. After our personal experience with cyberbullying, I encourage EVERY parent to do the same.

Here’s what happened to us. My daughter who was maybe 13 or 14 at the time opened a Myspace account against our wishes, and was using MSN regularly as well. This was right about the time when investigative journalists in the US were reporting how many predators had been caught during their undercover investigation of Internet luring. We forbade her to use Myspace but she re-activated the account secretly. It took a so-called friend hacking her MSN account and trying to ruin her reputation by emailing nasty things to her entire list to teach her how powerful and dangerous online communication can be. Overnight all her friends started treating her differently, distancing themselves from her and refusing to speak to her. Only one person – her cousin – stood up for her. Finally someone explained why no one was speaking with her, and we were able to prove that she was nowhere near a computer when the nasty messages were sent, and that they had to have been sent by someone else. Had an open conversation not happened immediately, she might have been a social outcast among her peer group for the rest of her teen years, without ever knowing why. This folks, is how it starts. With the help of her techie father, she resolved the issue quickly and discontinued her MSN and Facebook accounts. Fortunately for us and for her, it was a lesson she learned after the first incident.

Things might have been different though, had we not stayed on top of her Internet activity. It also helped that she trusted us enough to tell us right away that something was fishy about her MSN account. I thank God everyday that we caught it early and that our efforts to stop the cyberbullying were successful. We never found out who did it although we had some suspicions. That’s the thing about cyber communication – it is so easy to remain in the shadows and do things that one would never ever do in the light of day. So Moms and Dads, I cannot say this enough: be available for your children and BE AWARE of what is happening with them.

My new book, co-authored with Laurie Flasko tells of her daughter’s journey through several years of bullying and lays out a detailed plan for parents of how to intervene on behalf of your children. Amanda Todd’s parents did what they could to help her and I applaud them for doing everything in their power to keep their little girl safe. The challenge is that we only know what we know, and that is why Laurie and I wrote Bullying is Not a Game: A Parents’ Survival Guide. How do you know your child is being bullied? What should you do if you suspect it is happening? How do you negotiate a safety plan with the school? When is a good time to switch schools? Is switching schools enough? What do you do when your child is too sick or anxious or depressed to attend regular classes? Where should you go to seek help? What kind of help is the right help? Is medication the right thing for your anxious or depressed child? How do you manage your own mental health while trying to support your child? All of these questions and more are answered in this book.

One of the most important messages of Bullying is Not a Game is the one I want to share now. Parents: you are your child’s best advocate. No one knows your child like you do. If you feel like the school isn’t doing enough, then step up and advocate for your child. If you feel like the police need to be called, call them. Document everything: dates, times, people involved. Print cyber-messages so that you can show them to the police. Write down a sequence of events, symptoms, anything you think might be useful so that your child doesn’t have to be re-victimized by telling his/her story over and over again. Before you accept medications, ask about the side effects and consider ALL your options for treatment. Rather than think of your child as suffering from mental illness, think about how to restore your child’s mental health, self-esteem, and self-efficacy. These things are stripped away by relentless bullying but they can be restored with the right treatment and support.

It pains me to know it is too late for Amanda Todd and for the many young people like her who saw no way out except to end their lives. There are countless other Amanda Todds out there who need support, intervention, treatment, love and caring to get through their bullying experience. Her death doesn’t need to be in vain. We can work together to create a safer world for our children at school, at play, and online. Parents – it begins with you. It ends when we as a community at large say enough is enough. Bullying is Not a Game.